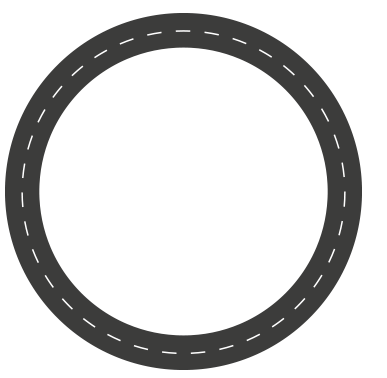 ÖNDER group, the beholder of ASYOL Co., entered into construction sector in 1976 as one of the two main shareholders of a leading road construction company. The company successfully completed Ankara-Polatlı, Esenboğa-Ankara, Ilgaz-Tosya and Yerköy Yozgat Sorgun asphaltic concrete paved state highway projects respectively as prime contractor in between 1976-1998 and started  the construction of  İzmir-Salihli State Highway Section  1 and Yıldızeli-Akdağmadeni-Sivas State Highway Section  1 . The amount of the completed state highway projects in the subjected period sums up to  60.000.000 USD. Since 1982,  Esenboğa-Akyurt worksite of the company, served as a major asphaltic concrete provider and infrastructure undertaker for private and public entities and municipalities within the vicinity of Ankara.

At the beginning of 1999, ÖNDER group  decided to continue its activities alone and therefore ASYOL Co. was established. Esenboğa-Akyurt worksites staff and machinery joined to ASYOL Co. with substantial additions.

Within the 9 year period following the establishment, ASYOL Co. reached the capacity to operate with two separate asphalt production units to meet the demands of not only the domestic market but international markets as well.

ASYOL Co.,  keeps on providing you with high quality and long lasting asphaltic concrete and infrastructure productions by combining its 35 year experience with its dynamism and professional service policy.

40 years experince
ASYOL signiture at the construction of modern Turkey